Ultra-mobile devices (UMD) are mobile computing devices on a continuum, bordered by laptop PCs and smart phones.  This market has 4 segments: 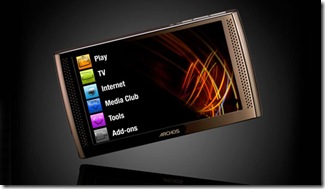 “While the near-term opportunity is all about media tablets, no UMD segment type has ever sustained a lead for longer than 36 months in any part of the world,” says ABI Research group director Jeff Orr.  “Is the next device trend beyond media tablets just around the corner?”

Netbooks continue to be an important segment, though US volumes will steadily decline over the next five years from all-time highs of 9.9 million units shipped in 2010.  Netbook value will shift from highly competitive computing and mobile broadband markets, including the US, to countries where low computing and home broadband penetration offers the greatest potential for mobile computing.

UMDs are well-positioned inside the edges of the mobile device landscape, though end-user audiences are driven to newer form-factors on emotion and promises and less on consumer needs and business roles.  “For UMDs in the US to take the PC or smartphone markets head-on, there needs to be a fundamental shift in buying behavior driven by lifestyle enhancements and workplace requirements,” says Orr.