As far as public cloud frontrunners go, it’s often said that AWS is in the lead — and then there’s everyone else. But when it comes to the AWS hybrid cloud strategy, that may not be the case, especially when you look at what VMware, IBM and Azure offer.

Instead of making the argument that enterprises should re-architect their applications to suit the public cloud, as Amazon Web Services (AWS) has done in years past, the company now emphasizes such services as Direct Connect, which can integrate private data centers with public cloud resources. 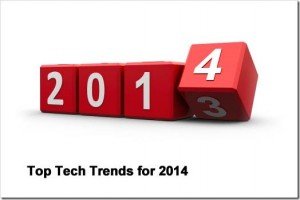 Officials at the AWS Summit in March also stated that the hybrid cloud is here to say, and that the choice between private and public cloud doesn’t have to be a case of black and white.

And the enterprise market, which AWS has increasingly targeted over time, demands such an approach, cloud consultants say.

“None of the work we do is Amazon-only or private-cloud-only,” said David Linthicum, senior vice president at Boston-based Cloud Technology Partners, which consults with enterprise clients on their cloud plans. “Deployments are usually very complex and very heterogeneous.”

AWS offers raw infrastructure services to provide the underlying “nuts and bolts” that can support applications running in a hybrid scenario. Extending a private network into the Amazon cloud, for instance, has become easier over the years, according to Kris Bliesner, CEO and co-founder of 2nd Watch, an AWS integration firm.

Customers can use private IP subnetting, as well as the IP addresses they’re using on the internal network side to set up a network within AWS. Amazon also has a managed Virtual Private Network service with its Virtual Private Cloud that can manage network failover between availability zones.

“It used to be that it required pretty specific hardware, stuff that supported a particular version of [Border Gateway Protocol] … but now it’s more open, you can do static routes and some other things,” Bliesner said of Amazon’s hybrid cloud network extension.

For enterprises looking to integrate on-premises data centers with the public cloud, AWS enables integration of on-premises, role-based access-control systems such as Active Directory with the AWS Identity and Access Management, or IAM, service.

Still, AWS reaches only so far into the private data center. Amazon allows partners such as Racemi and Rivermeadow to fill in gaps on the private cloud side with tools that include workload migration services, rather than expanding into those markets.

The other end of the hybrid cloud management spectrum

VMware’s vCHS can be accessed purely on demand from a Web interface, but its target audience is usually found among enterprises that already run VMware’s vSphere server virtualization software and vCloud Suite in-house.

For current vCloud stack customers, VMware provides a migration tool called vCloud Connector, which can be used to move VMs between private and public clouds. The familiar vCenter management console can be used to manage VMs on each end of the wire; applications don’t have to be retooled to take advantage of the underlying hybrid infrastructure on both ends of the wire.

This resonates with customers who don’t want to pay for a high level of cloud computing and application programming expertise in-house.

“You have to look at the total ROI of what you’re looking to deploy,” said Shawn Wiora, CIO of Creative Solutions in Healthcare, which runs a network of nursing homes in Texas and has been using vCHS since 2013. “It’s not just about the bill you get every month — it’s also the labor and payroll costs.”

Approaches from VMware and AWS stem from the companies’ typical buyers, analysts say.

“VMware’s coming from the infrastructure decision maker up to cloud, whereas Amazon comes from the developer down,” said Dave Bartoletti, analyst at Forrester Research. While Amazon’s focus is on APIs, VMware offers graphical user interfaces more familiar to the traditional IT pro.

There’s a place for both approaches, Bartoletti said.

“I think it depends on who owns the cloud budget in the enterprise — if it’s marketing and development teams that are aggressively building in the public cloud, then Amazon’s approach is probably going to be more attractive to them initially,” he said. “If it is an infrastructure and operations team that’s looking for on-demand infrastructure … VMware’s approach is going to be attractive, primarily because it means less change to the application they’re running.”

Windows Azure’s primary goal is to allow for easy portability of both applications and data for users, whether in the cloud or on-premises.

Microsoft recently disclosed a partnership with platform as a service (PaaS) provider Apprenda Inc. that will allow customers a way to remain on-premises and in Azure’s public cloud. Customers who license Apprenda will be able to access Azure’s infrastructure at no additional cost, in addition to the on-premises support with Apprenda’s PaaS offering.

The partnership seems logical for Microsoft, which gains an on-premises ally. Microsoft and Apprenda can design policies to manage a customer’s workload, so an application won’t risk disrupting corporate policy.

“A lot of these vendors are trying to figure out their DevOps story, how they are going to connect,” said Lauren Nelson, analyst at Forrester Research. “PaaS is a big topic.”

But how far does Microsoft have to go to provide the full toolset in a hybrid deployment? The partnership with Apprenda may be one way to do that internally.

IBM has not yet laid out a well-defined hybrid strategy, but the pieces have begun to fall into place slowly.

IBM recently debuted BlueMix, a PaaS that enables developers to create enterprise apps. Hosted on SoftLayer, BlueMix is based on Cloud Foundry and built on OpenStack. With BlueMix, currently in beta, developers also gain access to IBM’s entire software portfolio.

“It’s one of IBM’s first plays where they’re targeting the developer instead of traditional operations,” Forrester’s Nelson said. “They want to target this tech savvy developer that likes little tools they know.”

IBM is prioritizing Cloud Foundry, so offering BlueMix on it is a natural fit, Nelson added.

SoftLayer now supports IBM’s PureSystems and other bare-metal infrastructures after transitioning to OpenStack and kernel VMs.

At its IBM Pulse last month, the company insisted its SmartCloud Orchestrator, or SCO, will be the backbone of its open cloud strategy going forward.