CIOs must re-imagine IT to support growth and competitive advantage, based on results from the 2011 CIO Agenda survey by Gartner Executive Programs (EXP). CIOs report that their organizations are emphasizing growth, in addition to continued vigilance on cost and operational efficiencies.

The worldwide CIO survey was conducted by Gartner EXP from September to December 2010 and represents CIO budget plans reported at that time. The survey includes responses from 2,014 CIOs representing over $160 billion in corporate and public-sector IT spending across 50 countries and 38 industries. The Gartner Executive Programs report “Reimagining IT: The 2011 CIO Agenda” represents the most-comprehensive examination of business priorities and CIO strategies.

CIOs’ IT budget projections for 2011 are globally flat, with a weighted average budget increase of 1 percent. While CIOs do not report IT budgets returning to their 2008 (pre-recession) levels, the number of those experiencing budget increases in 2011 outnumbered those reporting a cut by almost three-to-one.

“CIOs and IT have been boxed in between modest budget growth and growing legacy requirements,” said Mark McDonald, group vice president and head of research for Gartner Executive Programs. “New lighter-weight technologies – such as cloud computing, software as a service (SaaS), and social networks -and IT models enable the CIO to redefine IT, giving it a greater focus on growth and strategic impact. These are two things that are missing from many organizations.”

“The resource realities indicated in the 2011 CIO Agenda Survey raise the urgency and importance of adopting new infrastructure and operations technologies, such as cloud services and virtualization,” Mr. McDonald said. “These technologies were selected by CIOs the most often and are the top-two technologies for 2011 and are well-suited for this budget reality, as they offer similar service levels at lower budget costs.”

CIOs expect to adopt new cloud services much faster than originally expected. Currently, 3 percent of CIOs have the majority of IT running in the cloud or on SaaS technologies, but over the next four years CIOs expect this number to increase to 43 percent.

In a further positive development revealed in the survey, CIOs may be able to reallocate IT budget savings, rather than simply returning them to the organization in 2011. CIOs anticipate the ability to fund infrastructure changes and new projects by reallocating resources within that budget. This approach to funding will become a standard operating procedure since Gartner does not see CIO IT budgets recovering to their 2008 peak until 2014.

CIOs report that their organizations are emphasizing growth, in addition to continued vigilance on cost and operational efficiencies. This emphasis is consistent with emerging signs of economic recovery and increasing competition to attract and retain customers.

Until recently, the average IT organization dedicated 66 percent of its budget to day-to-day operations leaving little room for transformation of business strategy. CIOs see the introduction of Internet service-based technologies as changing that equation and releasing between 35 to 50 percent of infrastructure and operational resources for innovation and growth. This is creating a new CIO success cycle, one based on creating and realizing new sources of value, in addition to cost-effective IT operations.

“Over the next five years, CIOs expect dramatic changes in IT as they adopt new technologies and raise their contribution to competitive advantage,” Mr. McDonald said. “Leaders will implement new infrastructure technologies to achieve increased efficiency and to redirect IT resources to create greater business impact. Pursuit of that leadership agenda will raise complex issues ranging from re-imaging IT’s role in their organization to the creative destruction necessary to break old practices and redeploy resources to new initiatives.”

The 2011 CIO Agenda survey included results from more than 100 companies in China. There is some indication that Chinese companies will “leapfrog” some technologies (for example, by moving more-directly to mobility- and services-type models). Gartner believes that this means technology companies seeking success in China will grow based on the reach of their channel, rather than expanding with existing customers. 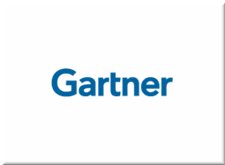