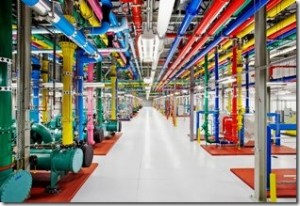 Such firms no longer have to invest in multiple servers or data centres, as they are hosted on a distributed global network or ‘cloud’.

Peter D’Almeida, chief executive of N-able, SAP’s business partner in Sri Lanka, a five year old firm which says it has 12 million US dollars in annual revenues said it won customers by selling virtual servers for example instead of separate physical servers.

“Companies spend too much on IT,” he said. “Today, with the cloud you can buy what you want when you want it, like electricity. Turn on turn off. You are metered at the end of the month.”

“We are seeing it grow very fast in Sri Lanka. If there were more applications we will see it grow more.”

N-able is expecting to earn over million US dollars in revenues over the next three years from providing services around cloud, not counting license fees to SAP.

D’Almeda says he is talking with telecom firms to persuade them to offer business applications bundled along with voice and data services, which will expand the reach to small businesses and make them cheaper.

“There is no compelling reason anymore for small business to have their own data centres,” D’Almeida said.

“We are trying to move all our small and medium businesses to the cloud. So when customers ask for a quotation we say, ‘Look are you sure about this?'”

“The telecom companies are not as aggressive as they should be here. They are already building data centres. The day get this right the transformation will come. We are already seeing this in India.”

Athalye says data hosted on SAP’s cloud is secure and information that moves between user terminals and the cloud is encrypted. Security conforms to EU and US standards and is periodically audited and certified.

There were also physical security rules covering access data centres. Up time of SAP servers with disaster recovery processes were also higher than what could be maintained by a small firm, officials said.

SAP’s HANA branded services are offered as ‘public cloud’ and also ‘managed cloud’ services with dedicated servers where locations could be specified by customers if required.

D’Almeida says fears about data security are misplaced some firm are ‘lulled into a false sense of security” because data housed in in-house servers can be seen by the systems administrators.

There were no independent audits to find out if security had been breached, he said.

Sathasivam said some Sri Lanka based telcos and banks had IT policies which prevented data being hosted outside the country and a HANA Enterprise Cloud (HEC) certified partner data centre is being set up within the island.

“But we also have a growing number of customers who come and say for us it is immaterial whether it is in Sri Lanka or not,” Sathasivam said.

Even large companies with good IT systems, including those already running SAP’s enterprise resource planning software, where all its revenues came at one time, could benefit from SAP cloud applications, officials said.

SAP also had a tool to track and manage and engage with social media from facebook to twitter to analyse the ‘brand buzz’ of products and services or a company.

“There are over 3,000 websites like this,” Athalye says. “SAP Social media analytics go to 3,000 sites, pulls all that data and converts that into understandable entry points. Then I can react.”

SAP’s Ariba network has 1.4 million suppliers around the world, which can speed up procurement and also get the most cost-effective suppliers, he said. Every year 500 billion US dollars worth of goods and services are sold on the system, Athalye said.

A supplier is entered into the system when it is used by an existing Ariba user to buy their products. Sri Lankan companies that use Ariba for procurement can enter their own suppliers into the system authenticating them in the process.

“I’ve got requests from various suppliers starting from apparel to footwear who all want to be on the network,” he said said.

After registering in the system, suppliers can also find domestic or export markets.

“The beauty is the moment you register on this portal, you start receiving inquiries from the rest of the world,” Athalye said.