London, UK European software clusters are unique: They have clearly distinguishable profiles when it comes to, R&D activities, specialisation, and economic success. This is according to the “EU Software Cluster Benchmark 2013” (www.softwareclusterbenchmark.eu) published today by the German Software-Cluster. This study analyses 15 European hotspots of the software industry in-depth and highlights the identities of these European Silicon Valleys. It reveals a division of two kinds of clusters: those that are already big and those that are experiencing dynamic growth. Silicon Valley in the US, however, combines both attributes, being big and simultaneously experiencing growth. While several of the European clusters are internationally competitive in certain aspects, no European software cluster so far comes close to Silicon Valley as a whole. However, instead of simply trying to replicate the Silicon Valley, European software clusters should also develop individual growth paths and build on peer learning, representatives of several clusters agreed upon in a press conference.

Outside of the US in which Silicon Valley is the main hub of software innovation creation and distribution worldwide, the hotbeds of the European software industry are dispersed all over the continent. What are the individual strengths and weaknesses of the European software clusters, where do they stand in comparison to Silicon Valley and which measures could be taken to improve their competitiveness? To answer these questions, the German Software-Cluster commissioned the “EU Software Cluster Benchmark 2013”. 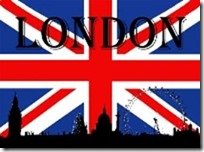 While the Software-Cluster is the cluster with the highest turnover, London is leading when it comes to company demographics (structure and concentration of companies), human capital (potential qualified employees) and general factors such as purchasing power and the ease of starting a new company making it Europe’s global hub for IT Services and venture capital.

Berkshire, Buckinghamshire and Oxfordshire shares this lead in company demographics, but also leads in employment and industry-specific factors such as gross pay and attractiveness to investors.

Île-de-France is a growing software giant with a strong R&D infrastructure, and Stockholm is a well-balanced highly specialised cluster with a strong turnover. Even clusters that otherwise fall behind in comparison manage to outshine others in certain aspects: the Copenhagen Capital region (Hovedstaden) is especially strong in its industry-specific factors while Warsaw region (Mazowieckie) excels through its growth dynamics.

However, the study also notes that while several of the clusters are internationally competitive in certain aspects, no European software cluster so far comes close to Silicon Valley as a whole. European software clusters are unbalanced – either in the direction of being comparably big and saturated or rather small and experiencing dynamic growth.

As a result, the study helps to identify pathways to improving the competitiveness of European software clusters. During a press conference on November 25th, 2013, representatives of several clusters outlined further steps to be taken in that direction by policymakers and the industry. They came to the joint assessment that increased peer learning between the European software clusters could help to spread good practices that might be easier to implement than US practices due to the common EU political and cultural context. While the gap to Silicon Valley is still very large, European software clusters should further develop individual growth paths that build on local and regional assets, e.g. the industrial structure of each region.

Quotes from the speakers at the report launch event:

“The findings of this study are very encouraging for the European software industry, and an illuminating reminder of both the strength of innovation across the region as well as the real challenges that confront us in converting that innovation into sustainable global business outcomes,” said Glen Manchester, CEO of Thunderhead.com. “While the study points to the need and opportunities for greater collaboration and networking between clusters, the outstanding issue highlighted in my view is the problem of how we can improve the entrepreneurial climate in Europe.”

“The software sector is a key driver of the competitiveness of the EU and influences the innovation capabilities across all sectors. However, innovation today is collaborative. In the German Software-Cluster, large and medium-sized software companies together with renowned research institutions have joined their complementary competencies for a couple of years now to develop the foundations for tomorrow’s enterprise sector. In this spirit, we have also commissioned the “EU Software Cluster Benchmark 2013” to chart the profiles of European software clusters and find complementarities, so that coordinated actions and collaborations between clusters become possible.”

“The cluster benchmark clearly shows that we have made tremendous progress in recent years. The European software industry is an important catalyst of the European high-tech industry", said Karl-Heinz Streibich, CEO of Software AG. "However, the results also underline that – compared to global standards – all European clusters have to catch up. It must be our goal to achieve industrial strength on a global scale in order to remain competitive on the international stage. The clusters still need better framework conditions and the support from politics – on the national as well as the European level."

"Truffle Capital publishes today also the latest edition of the Truffle 100 Europe, the ranking of the 100 biggest European software companies. It shows that the European software sector remains a force to be reckoned with, despite the current economic difficulties. Europe depends now more than ever on its innovative sectors in order to be competitive. However, we should stress out that profits of the 100 decreased by 8.7% due to more important challenges than ever. The entrepreneurs of this industry are optimistic regardless of the difficult economic time we are going through as they are planning on investing in manpower and R&D and forsee a 5 to 15% growth in 2014”, commented Truffle Capital co-founder and CEO Bernard-Louis Roques.

The study was conducted by the Fraunhofer Institute for Systems and Innovation Research (ISI) in Karlsruhe, Germany.

The full study, images and additional information can be downloaded at: